My faith is not blind.  It is perhaps too wide-eyed, too skeptical, and on occasion probably a bit too snarky.  I have tested many a belief against the cold bright light of rational thought. My cynicism has been a rocky road, and I have admired many people of deep faith and have wished that I, too, had the gift of faith.

Instead, I have the gift of skepticism.  I tend to “overthink,” to chew things up in my brain and consider them from many points of view.  Some great minds sharing this characteristic find careers in writing or philosophy.  The rest of us become garden-variety neurotics.

Today is Easter, the greatest celebration in Christianity, the foundation of our faith.  Christ died for our sins, and rose from the dead. 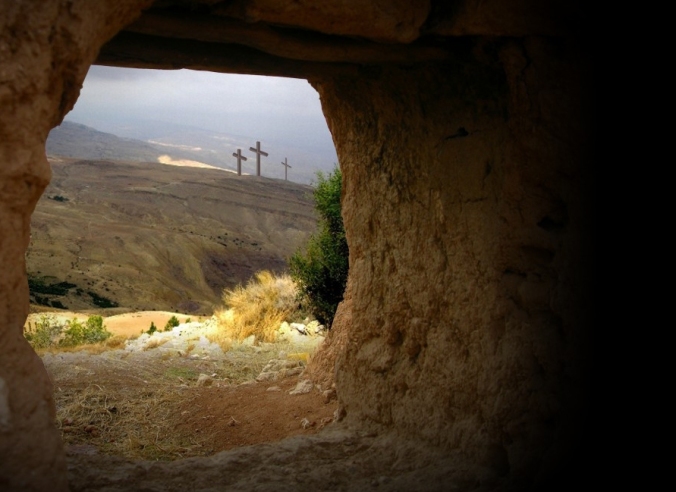 I will admit that for many years, my skeptic brain had a problem with that “rose from the dead” part.  “It’s a mystery,” the priests said.  “It’s faith,” the sisters said.  I felt guilty because I thought it seemed…a bit unreal.

As much as I love to read about the subject, I cannot know how things were 2,000 years ago. Human nature, though, doesn’t change.  Fear, joy, courage, are pretty much timeless.

And you know what?  Something happened on the first Easter morning.  Something really big, really outrageous, mind-bending, life-changing, world-flipped-upside-down-thing happened. 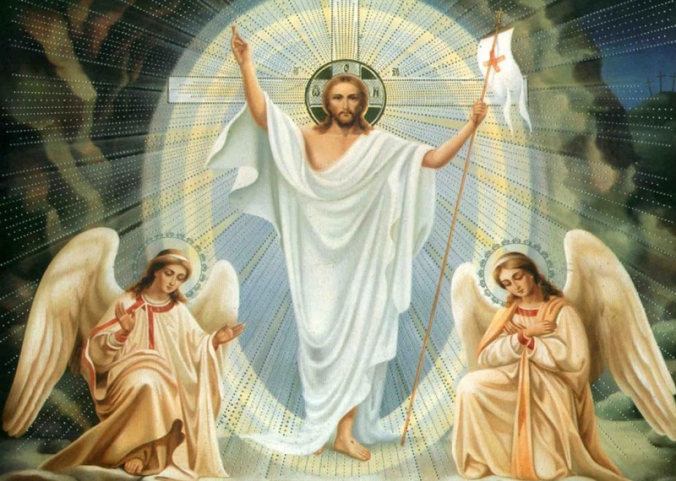 You see, anyone who had followed Jesus was in hiding.  Jesus was a criminal – a political one – and had died the most gruesome, painful, torturous death in the Roman world (which was pretty much everywhere).  Anyone associating with him or carrying on his message ran a very real risk of meeting the same end.

Do you have any idea how many “alternate theories” of the Resurrection I’ve come across?  It was a vision….mass hypnosis….hearsay….the evangelists were trying to sell the Jesus idea…etc.

Well, an urban legend is one thing.  Telling people that “this guy Jesus was dead, and now he’s ALIVE – I’VE SEEN HIM” under pain of death is something else entirely.

The evidence is plain as day, in the stories of the Resurrection, and in the fast spread of Christianity.  Sure, Paul helped – a lot.  But would Paul have been persecuting Christians in the first place if the sect hadn’t become such a big threat so quickly?

Then, as now, people love to hear and to spread a wild, outrageous story. (Even in pre-social media times!) However, people will abandon a wild story if faced with a choice between truth and torture.  Think about it: It doesn’t matter how much you might think something is true – you’re gonna wind up denying it if you’re faced with something as unpleasant as crucifixion (or stoning).

But the early Christians didn’t.  Jesus appeared to many after his resurrection, and, for want of a better term, they freaked out.  Wouldn’t you?

The actions of Jesus’ followers – to spread the news about his resurrection in spite of what could (and often did) happen to them – is this skeptic’s evidence.  The unstoppable Jesus movement is still alive today. I pray that we may all be infused with the love and passion of the early Christians who knew the Good News and were unafraid to share it.

The Lord is risen indeed! Alleluia!

One thought on “The Gift of Skepticism”